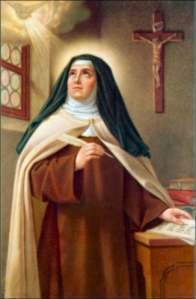 In the 16th century in Spain, St. Teresa of Avila (1515-1582) renewed the Carmelite Order. With St. John of the Cross (1542-1591), she strengthened the Order’s commitment to follow Christ through an intense life of prayer for the good of all the Church. They and their spiritual descendants were known as the Discalced—or reformed—Carmelites.

St. Teresa’s call to build up the Church fully evolved when the immense project of the missions dawned on her. St. John of the Cross was preparing to join a Carmelite mission in Mexico at the time of his death. Later, Fr. Andrés, Fr. Antonio, and Fr. Antonio were part of that mission. The Vizcaino Expedition gave them the opportunity to spread the Gospel and take the spirit of Carmel to a remote, but promising new shore in California in 1602. 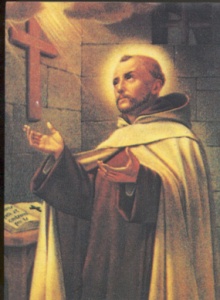 St John of the Cross

After much prayer and discernment, on November 12, 2002—the exact 400 anniversary of the first recorded Mass on the west coast of the United States by the Discalced Carmelites, the Province officially began a new mission and schools in Uganda, Africa.

We are a Discalced Carmelite Community committed to prayer and apostolic service. Our mission is to foster and encourage spiritual growth to all who are looking for a deeper union with God through Spiritual Direction, Days of Recollection, Retreats, assistance to Parishes and support to OCDS groups (Lay Carmelites) and the Carmelite family.

From Interstate 5, take Exit # 212 (SR 532) and proceed west toward Stanwood/Camano Island for about 4 miles.

At the 72nd Avenue traffic signal, turn right onto 72nd Avenue. Go 1/4 mile, then take the first left onto 272nd Street and drive past the Stanwood High School (Caution: 20 M.P.H.)

Go past the schools and take the next left, 78th Avenue NW, and drive to the end of the street. St. Cecilia Church is on the right. Park in the parking lot and walk back two houses to the Carmelite Spirituality Center - the only house on the street with a red tile roof.